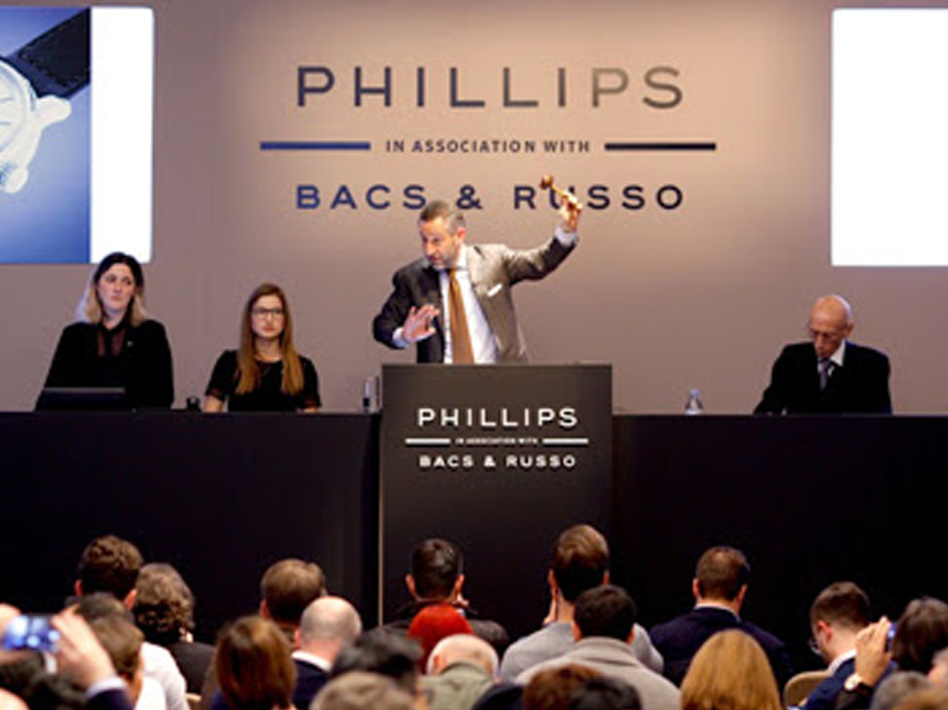 2020 Auction report: Why now is a good time to invest in a pre-owned watch

Perusing auction catalogs is not the only place to find pre-owned watches, but tracking auction results is a good way to gauge what’s selling in the top tier of the secondary market. If you’ve been wondering whether pre-owned watches are still a good investment or not, just take a look at the auction results for 2020. Well-preserved pieces with collector’s cachet, interesting provenance or from very small series are fetching top prices at the auction houses, including more and more minor brands. This includes modern timepieces made in the last 20 years, which are gaining ground in the collector community.

Watches with a story:

Rolex and Patek Philippe are still the big hitters at auction, and 2020 auction sales included an impressive lineup of both as top lots, especially watches with interesting provenance. On December 12, a Rolex Daytona owned by Paul Newman sold for $5,475,000 at the Racing Pulse watch auction by Phillips in Association with Bacs & Russo. The watch was a gift from Newman’s wife, Joanne Woodward, and bears the inscription “Drive slowly, Joanne” on the caseback. Newman gave the watch, his daily wear for decades, to his daughter, Clea, who sold it with a portion of the proceeds going to Paul Newman charities. It is nicknamed the “Big Red” for its big red Daytona logo at 6 o’clock.

The sale also included a Heuer Monaco ref. 1133, owned by Steve McQueen, selling for $2,208,000, more than 10 times its estimate and a world record for a Heuer watch. McQueen, who wore the watch in the film Le Mans, gifted it to his trusted mechanic, Haig Alltounian, after filming ended. It is inscribed to him on the caseback along with the message “Thank you for keeping me alive all these months.”

There were several other celebrity-owned trophies in the provenance-powered auction, which totaled $27.6-million. Aside from the relics owned by Newman and McQueen, it included pieces owned by Sylvester Stallone, John Lennon, Andy Warhol, HRH Prince Albert of Monaco, Shark Tank’s Kevin O’Leary, Bono, HRH Prince Albert of Monaco and Guy Laliberté, the founder of Cirque de Soliel. Sylvester Stallone sold five watches in the auction for a combined total of $3,117,400, more than three times their estimate. Most famous was the Panerai Luminor he wore in the film Daylight, a model widely credited with launching the modern Panerai brand in the 1990s. It sold for $214,200. The other four were Richard Milles, all of them selling for just under a million each.

At an earlier Phillips auction in Geneva in November, a rare Patek Philippe world timer ref. 2523/1 fetched $5,545,999.. The second-highest ticket in that sale was a platinum Patek Philippe ref. 3974 perpetual calendar with minute repeater, selling for 1,579,570.

Christie’s also sold Patek Philippe minute repeater, ref. 5033, for $1,950,870 this year, and at its Hong Kong auction in November sold a private collection of rare Patek Philippes, including seven set with rubies that sold for a combined total of $3.9-million. The top lot among them was a unique 1945 Patek Philippe ref. 1518 perpetual calendar chronograph in yellow gold with ruby hour markers and a whimsical three-minute phone call countdown feature. It was created as a special order for Patek Philippe’s co-owner at the time, Charles Stern, to be his personal wristwatch. It sold for $1.12-million. The top lot of the sale, a first-series Patek Philippe ref. 3448 white gold perpetual calendar made in 1966, smashed the record for that reference at $1.2-million. The reference, introduced in 1962, was at the time the first self-winding perpetual calendar wristwatch. Only 586 examples were made, the majority in yellow gold cases. Only about 130 were cased in white gold – only 25 in the first series.

The second highest lot in the Christie’s sale, at $1.15-million, was something you don’t see from Patek Philippe every day: a one-of-a-kind openworked grand complication, with minute repeater perpetual calendar with retrograde date. The ref. 5103P, made in 2004, is believed to be a prototype for the later ref. 5104.

When it comes to Rolex, the Daytona is still the top seller. In July, Sotheby’s sold a Daytona “John Player Special” Ref. 6264 for $1,545,723, a record price for that model. Phillips sold a JPS ref. 6241 in its fall Geneva auction for $867,624, and Sotheby’s sold a Daytona ref. 6263 in November for $412,716. But more accessible models such as the Hulk, Batman and other nicknamed favorites, are creeping into the auctions – and still represent good investments on the pre-owned market. At a September 4 online sale, Sotheby’s sold a Hulk (a Submariner with green dial and bezel) for $22,680; a Batman for $17,640 (GMT-Master II with blue and black ceramic bezel), a Batgirl for $18,900 (A newer Batman with a dressier Jubilee bracelet); and a Double-Red for $81,900 (a Sea Dweller, so called because of its red two-line text: “Sea-Dweller” and “Submariner 2000”).

It is interesting to see the growing demand for watches made in the past 10 or 20 years, both by top brands like Audemars Piguet and independents like Richard Mille, F.P. Journe and Philippe Dufour. A Philippe Dufour Simplicity 20th anniversary piece, the first (number 00) of 20, sold for $1,512,343 in Phillips Retrospective auction. The sale featured watches made in the first two decades of this century, mostly by independents. An F.P. Journe Sonnerie Souveraine in the same sale fetched $767,172. It also included pieces by Richard Mille, Greubel Forsey, Kari Voutilainen and MB&F. There were five watches by Richard Mille, one of the most successful independents of the past 20 years, whose pieces routinely sell in the six-figure range.

In the Sotheby’s November Geneva sale, there were 10 outstanding Audemars Piguet watches, including a unique Royal Oak Grande Complication, which sold for $343,930. The model, in white gold, is a minute repeater, perpetual calendar, split-seconds chronograph with leap year and moon phase. Several rare pieces by independent brands were also up for grabs, including pieces from: Gerald Genta, including a “possibly unique” Westminster Grande and Petite Sonnerie Tourbillon, which sold for $151,329 (thought to have been made for the Prince of Brunei Jefri Bolkiah): Greubel Forsey, including number 3 of the 11-piece series of Invention Piece One watches made, netting $220,115; and F.P. Journe, including a rare pink gold Chronomètre à Résonance, which topped out at $261,386.

What About Watch Groups’ Brands?

Pieces by more mainstream brands – particularly Omega, TAG Heuer, Vacheron Constantin, Panerai, Lange & Sohne, Hublot, Breitling, Chopard and IWC – have also made their way into auction sales, and are likely to continue to do so, which makes them a good investment on the pre-owned market right now. This is particularly true for models no longer in production. That makes this an excellent time to invest in some of these pre-owned pieces.

Part of what is driving the auction/pre-owned watch boom is a rising level of enticing inventory, as enthusiasts – perhaps in need of liquidity due to the Covid virus – cull their collections, resulting in the availability of long-awaited Grail pieces that, despite the times, must be had at any cost. All of this dovetails with a growing number of younger auction clients who are quite comfortable bidding online, even for high-ticket items. In September of this year, Sotheby’s reported an increase of 30% in new bidders and buyers across all sales categories, and says 30% of all bidders are now under 40. The company’s online auctions (everything, not just watches) for 2020 had exceeded $285-million by September, which is three-times its full-year results for 2019, and says the category attracting the highest number of new clients, at 42%, is wristwatches. Phillips watch department says it had its best year ever, with $133-million in sales this year.

Carol Besler has written about watches and jewelry for nearly 30 years. She has contributed to Watch Time, Journal Haute Horlogerie, Watch Journal, Robb Report, Revolution, Fashion Magazine, Watch Your Time (for The New York Times), Nuvo, Experience, The Hollywood Reporter, A Blog to Watch and more.

What you can read next 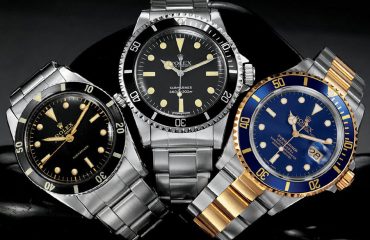 How To Spot a Fake Rolex 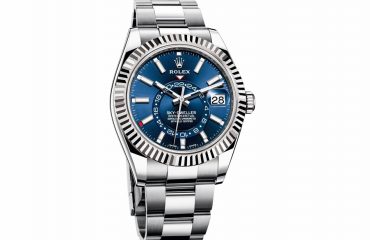 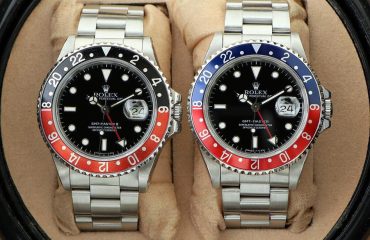 4 Comments to “ 2020 Auction report: Why now is a good time to invest in a pre-owned watch”